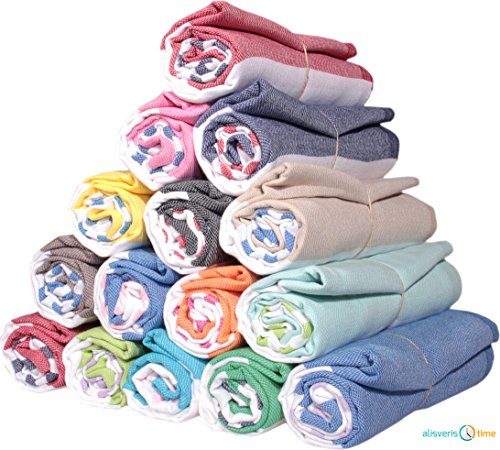 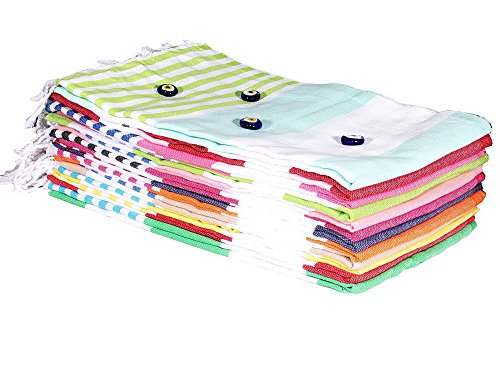 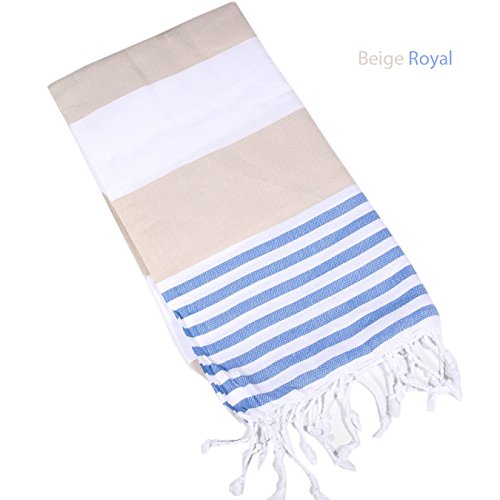 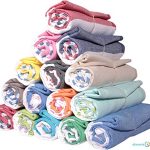 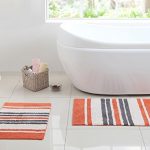 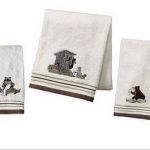 A peshtemal (Turkish: peştamal) is a traditional Turkish towel used in the Turkish baths. It is also used to specify which region people are from and is a part of a deep cultural tradition. In some places, it is called pestamal or pestemal. There are many kinds of peshtemals, with different styles and colors in each local areas in Turkey. The peshtemal absorbs water as fast as a traditional towel, dries very quickly, takes up less space, is easy to carry and is therefore used as an alternative to the towel in bathrooms, pools, spas, beaches, sport facilities and for baby care. The peshtemal fabric is made of 100% cotton produced in manually operated looms in Turkey. The fouta is a piece of thin patterned cotton or linen fabric used in many Mediterranean countries, originally Tunisian. Among other uses, they were worn, by both men and women, wrapped around the body while at the public baths in 19th-century Syria.[1] In Algeria, conservative women wore the fouta draped over their sarouel garment.[2] Similarly, in some parts of southern Saudi Arabia, men would wear the fouta as a loincloth beneath their thawb robes, or just by itself while relaxing at home.[3] Foutas are widely used today in the occidental world as Turkish bath towels (hammam towels) or even beach towels.
Sale Set of 6 XL Turkish Cotton Bath Beach Spa Sauna Hammam Travel Yoga Gym Yacht Hamam Towel Wrap Pareo Fouta Sarong Peshtemal
CHEAPEST PRICE on AMAZON! 1 of them sells for 16-24USD on Amazon.
Made in Turkey. Size:100x180cm (37×70″) High
Quality,Unique,Multipurpose,Light,Absorbent,Compact,Colorful 100% Cotton Turkish Towel Set
PLEASE CHOOSE COLORS AND SEND MESSAGE TO US WE WILL SHIP YOUR ORDER AS YOU REQUESTED OTHERWISE WE WILL MIX THE COLORS FOR YOU